CPAP LOVES NITE HOOD – WEAR IT OVER OR UNDER YOUR FIXTURE

This is another interesting “testimonial” (actually a comment on Nite Hood’s Facebook page, but we’re going to upgrade to “testimonial” anyway) that raised some sleepy eyebrows. Apparently, we’ve somehow managed to create a sleep mask alternative that works with CPAP machines – that’s “continuous positive airway pressure” machine – for people with sleep apnea.

We’ve heard from several Nite Hood users that sleep masks don’t work for people with sleep apnea, because they’re “lifted” by the CPAP mask. Nite Hood, on the other hand, fits the mask like it fits your head, blocking out the light and letting you sleep even better (CPAP + Nite Hood = Snoozle?). 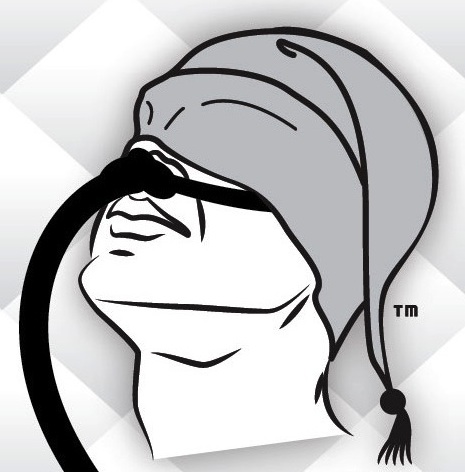 CPAP LOVES NITE HOOD – WEAR IT OVER OR UNDER YOUR FIXTURE

The thing that makes this a really nifty testimonial is that sleep apnea is a condition that prevents you from getting a good night’s sleep – sort of a specialty area for Nite Hood, and something we clearly care about. The idea that we can further help people with this condition… well, it feels good.

So you know, it’s not an uncommon condition – sleep apnea affects over 18 million Americans (American Sleep Apnea Association) and over 858 000 Canadians (Statistics Canada, 2009). It’s a breathing disorder where you literally stop breathing for up to 30 seconds until your brain kicks in and says “there’s a problem here”, and your sleep is interrupted. From what we can tell, the CPAP is the most commonly prescribed treatment. The scariest thing about sleep apnea is that it’s left untreated, it can cause all sorts of problems, from mood disorders to high blood pressure to a higher chance of car accidents (you literally fall asleep at the wheel due to alack of good sleep).

So our hope, (as with travellers) is that this isn’t a unique experience – that the literally millions of folks suffering from sleep apnea can get an extra bed time boost from Nite Hood, that isn’t possible with a sleep mask or other sleep aid.

If you have sleep apnea and use a CPAP, or know someone that does, please let us know via email, phone call or comment below of the Nite Hood. We’d love to share your story, or simply know that we’re doing some good!