Sweet murmurs of a loved one. The bold snoring of a currently “less loved one”. We aren’t talking about any of these these things. We’re talking about the myriad of audio tracks that promise to offer better sleep.

Not so long ago, these were recordings of rain forests. Whale songs. Waves, crashing against the beach on some shore you could dream about. All of them promising deeper, happier, healthier sleep. 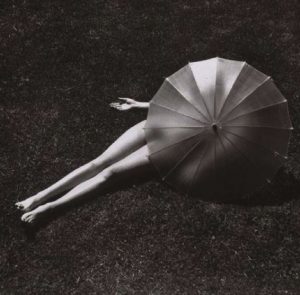 Well, the times have changed, and so have the sounds. I often come across the promise of better sleep through audio tracks, and I think there’s something to it. Well, some of it.

For instance, I’m currently diving into somnambulant peace with a little help from composer Eric Satie. It’s admittedly a bit like a fading movie soundtrack, playing through the credits, inviting you to gather your thoughts and a reflect upon the narrative that has just been presented (perhaps your day, in place of a Hollywood blockbuster). I like it. You might too.

On a more famous, but perhaps less… “restoring” note, Jeff Bridges recently created an album of sleep sounds. Its worth noting what Jeff is famous for – The Big Lebowski, True Grit, Tron… Some interesting characters. So while it has its cache, Jeff’s album isn’t going to get me to sleep better… Or at all. The “aural embrace” that I need isn’t there.

What would I wax (and wane) poetic about? A track of children playing outside your window in the summer. I’m lucky enough to live in a neighborhood where you don’t need to buy a recording to hear this, but I swear by the darkness of the Nite Hood™ that it’s my favorite better sleep sound for a nap on any given summer day.

If you aren’t lucky enough to live in a similar “hood”, here’s an alternative, that’s one of my favorites. 8 hours of rain pitter-pattering on a tent. It’s one of the most peaceful sounds that’s ever escorted me into slumber, and is pure sleep nostalgia for me (as long as there are no nightmare memories of wet tents).

So let’s say it’s a lazy weekend. The grass is cut. The family is away. There are no plans. What audio would help you drift away from dreariness to dreaminess?