EMF’s are “electro-magnetic frequencies”, emitted by…well, pretty much every modern convenience we enjoy. It’s a form of radiation that we accept for convenience. Chances are, if you plug it in, it emits EMFs. Cell phone? EMFs. Smart TV? Dumb EMFs. Power lines going over your house? …More than EMFs. You should move. 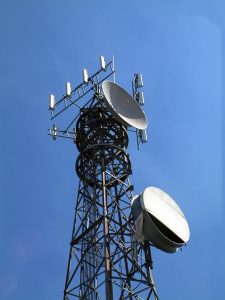 We’re sleep scientists. Well, not really, but we did create a scientific, better sleep marvel that’s shuts the lights out on sleep masks. And we DO read a lot of papers written by ACTUAL sleep scientists about potential obstacles to better sleep. A lot of these are sensory – light, sound, discomfort (did we mention elastic strapped sleep masks?). But today, we want to talk to you about a better sleep obstacle that you can’t see, hear or feel. We want to talk to you about EMF’s (the technological equivalent of malevolent, sleep-stealing dark elves).

Why are they they anti-sleep? According to many experts our exposure to EMFs is now billions of times higher than it was when the earth was created. A BioInitiative Report in 2012, the work of 29 independent scientists and health experts from 10 countries, found overwhelming scientific evidence of health risks from wireless devices and other forms of EMF. Without going so deep that we actually put you to sleep, the presence of EMFs had significant impacts on sleep electroencephalograms( EEGs). Having a cellphone or similar device nearby changed the electrical activity in the rain while people slept, resulting in sleep disturbance.

So what do you do? Well, we know you aren’t going to cut the cord(s). But you can move them away. Get that cellphone off the bed (or out from under your pillow – it doesn’t matter how important that incoming message is if you’re too groggy to read it). Basically, just realize that there’s more to better sleep in this ultra-modern, 24/7, wakeful world than the comfort of a Nite Hood™.

Oh, and on that note – we tested an anti-EMF MEGA-Nite Hood™, but the tin foil crinkled and the cement liner was as suffocating as it was uncomfortable.