This is an interesting and remarkable testimonial and I think I can relate to a certain degree. It’s worth discussing but first here is Terri’s story: 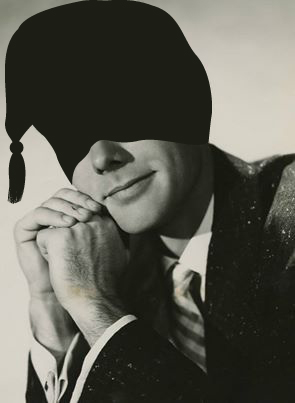 “My name is Terri barber and I would like to tell you about my brother Kim Barber. Kim was in a terrible car accident. He sustained a severe and debilitating brain injury. Kim often gets over anxious and becomes loud and disruptive. His anxiety takes over and it become hard for him to deescalate. Before NITE HOOD when Kim became over anxious and disruptive he was removed to his room away from stimulation of TV and people talking. If after a bit of time he is still over excited he is given medication to help calm him which worked but also put him to sleep for a few hours.

I was hoping to find an alternative to medicating my brother to relax him. I saw an ad for the NITE HOOD and thought to myself “maybe it can help Kim”. I purchased a NITE HOOD. The next time Kim became over aroused/stimulated/excited we put the hood on his head and he calmed right away. We were amazed! He seemed to really enjoy it. He sits calm and relaxed and listens to the din in the room without any issues.  After a few minutes we removed the hood and Kim stays very relaxed. At bedtime we put Kim in his NITE HOOD and he goes right to sleep. He used to swaddle himself in the blankets wrapping the blankets over his head. Now he just snuggles in his blankets and enjoys the NITE HOOD.

Thank you NITE HOOD for a fabulous alternative to sedative medications. Best regards…Terri

What is it about the Nite Hood Sleep Mask that makes this calming transformation for Kim and how does it work?

Our eyes and mind deal with constant visual stimulation from the moment they open in the morning. Often this results in peripheral strain, tension, fatigue or screen overload. The Nite Hood initiates sleep with the gentle contact on the head and eyes. It coaxes ones eyes to sink calmly back into the head and relax. The fabrics light contact on the cranium is important and has the same calming effect on our muscles that bind the head and our busy mind.

Terri’s word Swaddle is interesting – it brings us back to being wrapped and held – even enclosed in a child’s safe place. Our bed can do this but it leaves our head exposed. So does the Nite Hood effect “swaddle” on our head?

My other thoughts are of my Mother placing a cold cloth on my forehead when I was sick with fever. Or to big family feasts – I almost always ate to the point of physical discomfort. For some reason putting my napkin on my head seemed to disperse the feeling of ooughh. Are these experiences of swaddle?

Let me know if Terri’s story resonates with you. Leave your thoughts below in the comments section.